A video from Stephanie and Peter’s  a humanist wedding at Carriage Hall, Nottingham.

Stephanie and Peter found each other on Tinder and agreed to have their first date in Nottingham. Before they met face to face Stephanie mentioned that she is thinking about taking a trip to USA. Even though she asked her dad to drop her off for their first date. This did not scare Peter away. He even turned up with an unexpected and thoughtful gift for Stephanie. It was map of California. The trip never actually happened but the thoughtful gesture left a lasting impression. The first date turned into the second, the second into the third and before long they fell in love.

When it came to the proposal Peter had it all planned. He asked Stephanie to book time off work, gave her misleading hints about where they were heading and got the ring ready. Stephanie had always wanted to see Barcelona but Peter refused to go there. He never went to the same place twice and he had already visited this city before meeting Stephanie.

Nevertheless, this was a special occasion and Peter decided to make an exception. He booked the flights found a gorgeous 5-star hotel and told everyone what he was about to do.

Unfortunately, things did not go according to the plan… It happened to be the very weekend when the Catalonian people were marching for their independence. Streets were cordoned off, there was riot police everywhere, helicopters in the air and no taxis available. The dinner did not go as planned either. They had to vacate their private booth on the roof top terrace for a VIP guest and the new booth had a tree that got Stephanie’s hair all tangled up.

It was a far cry from the romantic scene Peter had imagined, but he had told everyone about his plans and now there was no way out. The couple went back to their huge room to get changed for the dinner and Peter decided that it was now or never. He went on one knee and presented Stephanie with a Haribo ring. She said yes then ate the ring!

Now it was time to plan the wedding! Stephanie and Peter booked Carriage Hall as their wedding venue and had both ceremony and reception there. It was a humanist ceremony led by Lorrie. The  heart-warming ceremony featured Stephanie and Peter’s love story, a poem written by Peter’s 99 year old grandma and personal vows.

Stephanie and Peter had beautiful wedding day surrounded by their friends and family. It was day filled by love.

I Don’t Mind – Into The Ivy 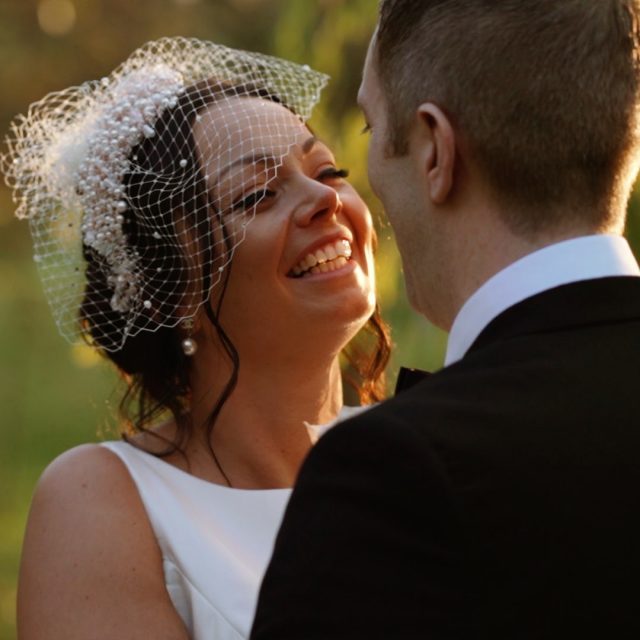 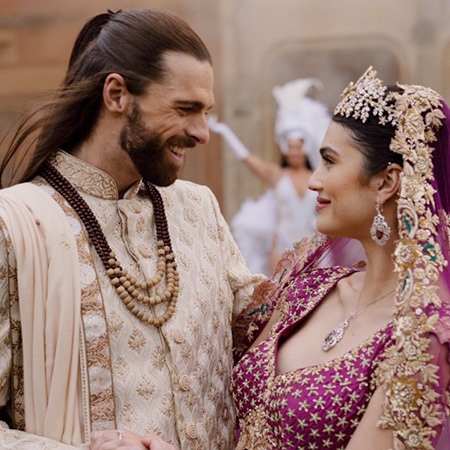 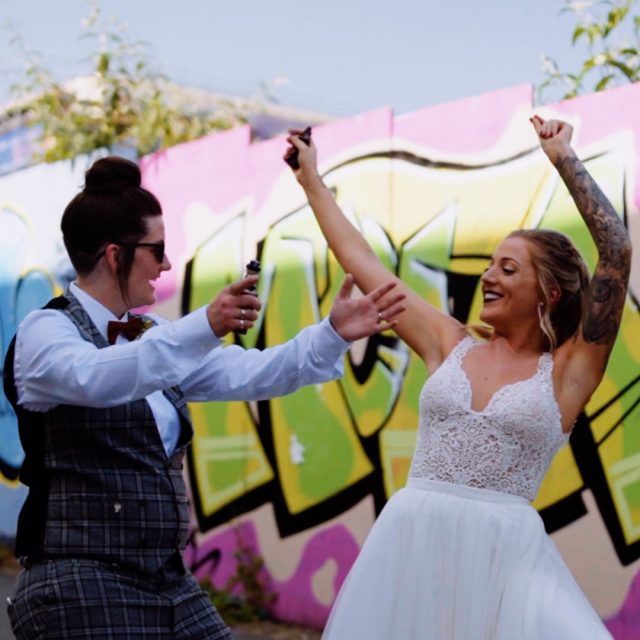 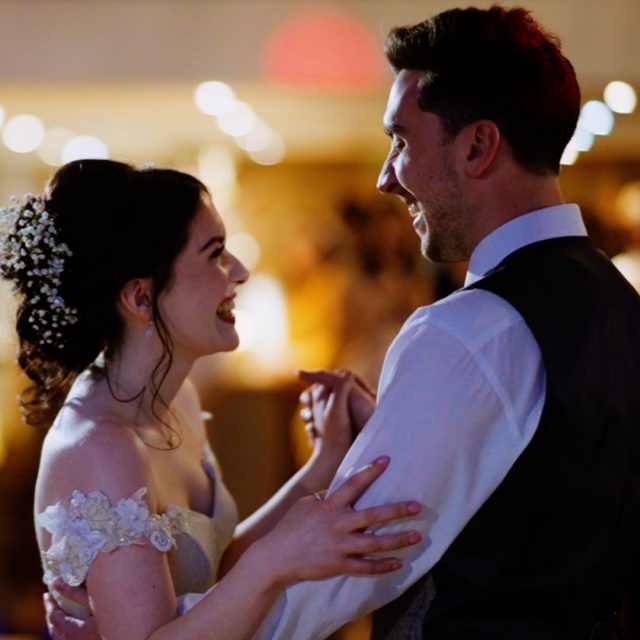